Last week, at my cafe Chai by Mira, we had our fourth in the Chai Stories series of talks, this time with Francesca Oddie, a fascinating astrologer who is really able to break down concepts and explain them in a simple way. We spoke about intuition, we discussed mercury retrograde, and most of all, I wanted to know how and why there has been such a surge of interest in astrology recently… it seems that our quest to understand ourselves better is increasingly important and astrology is a very useful tool in helping us do that. So, with all the questions we had at the event, I decided to do a Q&A with the wonderful Francesca Oddie: 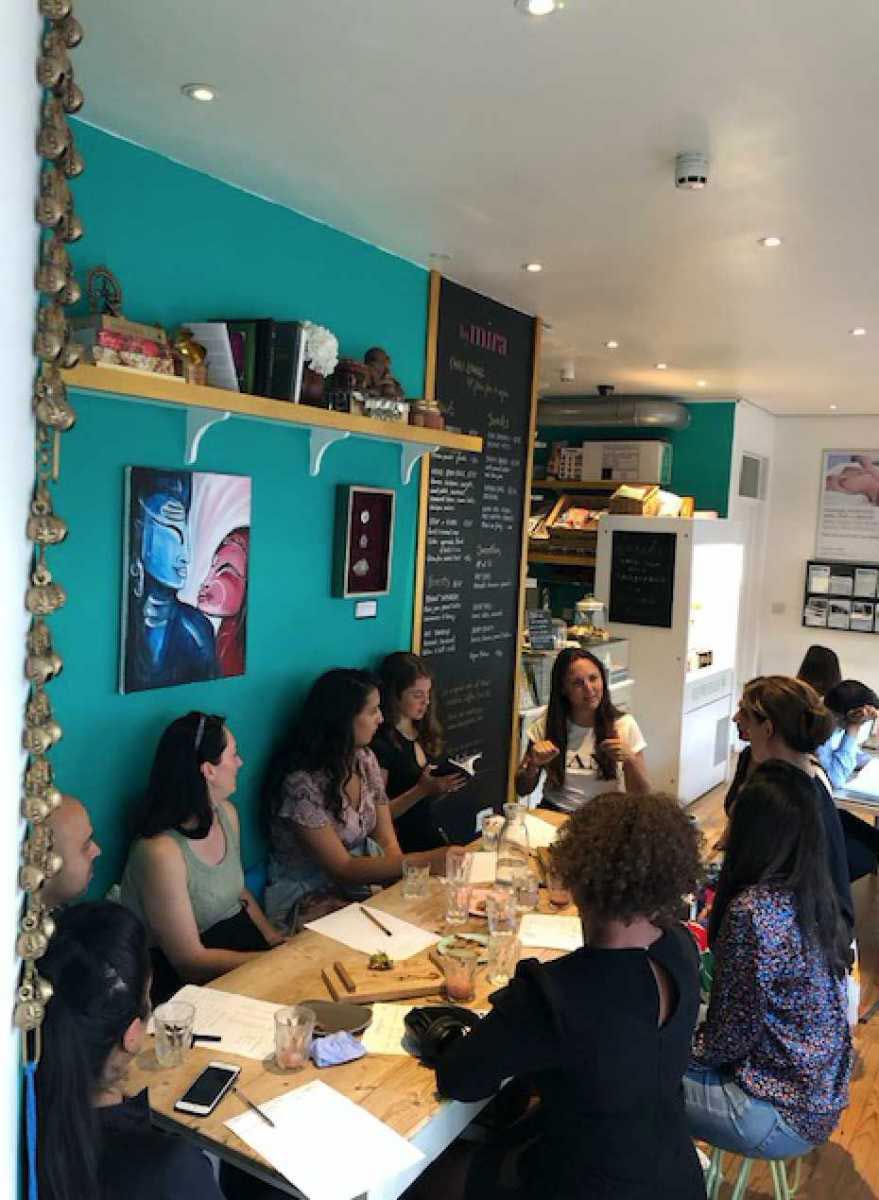 How did I get into astrology?

Numbers, patterns and making links has always been my “thing.”  My friends used to test me on when certain parties and events were because I knew the date that everything happened.  I was often asked, “what are you going to do with this memory of yours?”  For years I didn’t know, and it DROVE ME MENTAL. My 20s were this sea of confusion, a love of foreign things, learning, numbers, meeting people, remembering things, connection people and ideas, wanting to drive ethical business and TO FIND OUT WHAT I WAS SUPPOSED TO BE DOING!

In 2008 someone told me what my Rising Sign was and that marked the beginning of my astrology obsession for real.  I would ask everyone they met what time they were born and I started being able to work backwards and tell people what time they were born.  I rather stupidly never considered that I could be an astrologer, I just thought it was my eccentric obsession.

In 2014 I  met Psychic, Suneet Goomer at Home House when we were attending the same networking event and she BLEW MY MIND.  She told me about my ex-boyfriend, my best mate, my family… it was WILD and I’ve not a had a reading even a quarter as good since that first spontaneous flurry of information.

I didn’t think to google astrology schools, because I didn’t think they were a thing!  So I emailed Shelley Von Strunkel at The Sunday Times and very kindly her PA replied and told me what to do.

The rest, as they say, is history!

Why is there such a sudden interest in astrology?

I believe astrology has followed the yoga and wellness boom.  I started by blog and instagram @francescaoddieastrology in 2015 because I knew I needed to start building my platform ready for when the astrology boom landed.  I believed it would happen because I was already a yogi and thought that astrology would follow the same trajectory; once the domain of weird hippies, now the go-to tool for every city dweller who is seeking sanity.  People are seeking answers that are beyond the rational because the “rational” has failed to provide solutions for so long.  There is a great wisdom that lies beyond the bounds of convention.

How does astrology help us to live happily?

I’m going to go back to what I set out to do in 2014 when I started blogging.  My blog was about Health, Horoscopes and Harmony.  Astrology shows us who we are and what we need.  It allows us to accept who we are and in acceptance we can find peace and balance.  Astrology explains our quirks, secrets we have kept even from ourselves.  It highlights our talents and subtly outlines where we struggle.  Lots of people find their lives and themselves much easier to cope with when they understand that there is a reason WHY.  A force that pulls us in a certain direction and a language we can use to describe the way we feel.

Sometimes I know that I’m so annoyingly absorbed in astrology that I forget people can’t see what I see when they look at a chart.  It’s so awesomely revelatory that when you understand it’s power you might be more reluctant to give out your birth data.

I don’t know how people live without it.  I remember how much I struggled to navigate my emotional interior world before astrology.  It’s empowering and a gift that keeps on giving.  I cannot celebrate astrology enough.

Before astrology, life was an unclear fog of emotion.  Now it’s a sea with a beautiful landscape and I have the tools to manage all weathers.

Is Mercury Retrograde a thing?

Yes!! It most certainly is a thing, but it’s not the big deal it is made out to be.  I don’t think… too many memes and not enough knowledge.  Which is a statement that relates to all things astrology.  The amount of nonsense available online at a full moon is astounding!  Choose what you read with caution!

Mercury rules journalism and tricks, so I do believe he is playing a little trick on us all and making us think mercury retrograde is a massive deal.  However, in his clever little way, he’s bring astrology into the limelight with a PR trick and the knowledge that there’s no such thing as bad publicity. #astrologyisreal

The general words of advice for Mercury Retrograde periods are: reconsider, revisit, rethink (all the re words.)  Chose your words with caution, expect travel delays and try not to post anything of value during this time.  If you must use tracked delivery.  All things Mercury ruled may go awry.  That is short distance travel, communication, post, neighbours and minor delays and setbacks.

It is a great time to go back over the proposal and pick up all the balls you have dropped in the chaos of living life at 432 miles per hour.  It’s actually a gift and an opportunity to retrace our steps.

FREE SHIPPING on all orders in the UK!